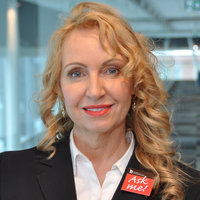 Barbie Murray, BScN, RN MCISc-WH Barbie Murray has been a nurse for 36 years and actively involved in nursing education and wound management. After completing her Master of Clinical Science in Wound Healing at Western University in 2011, Barbie served as the Academic Dean for the Faculty of Health Sciences at Victoria University in Uganda, Africa. She has participated in CMEs for advanced wound care practices in Canada, East Africa, and the United Arab Emirates. Currently employed as a Clinical Nurse Specialist in Halifax, Nova Scotia, Barbie co-ordinates a multi-disciplinary leg ulcer clinic, which manages complex wounds through vascular, orthopedic, plastic surgery and infectious disease services. Barbie is currently President of the Wounds Canada Board of Directors, and serves on a number of regional and national committees dedicated to advanced wound care practices. 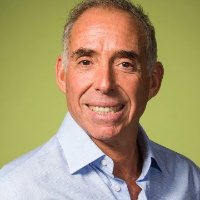 Dr. Eisenberg is a hospitalist & wound consultant at St. John's Rehab in Sunnybrook Health Sciences Centre. He is also an assistant professor & co-director of the MScCH WPC Program in the Department of Family & Community Medicine and Dalla Lana School of Public Health in the University of Toronto's Faculty of Medicine. 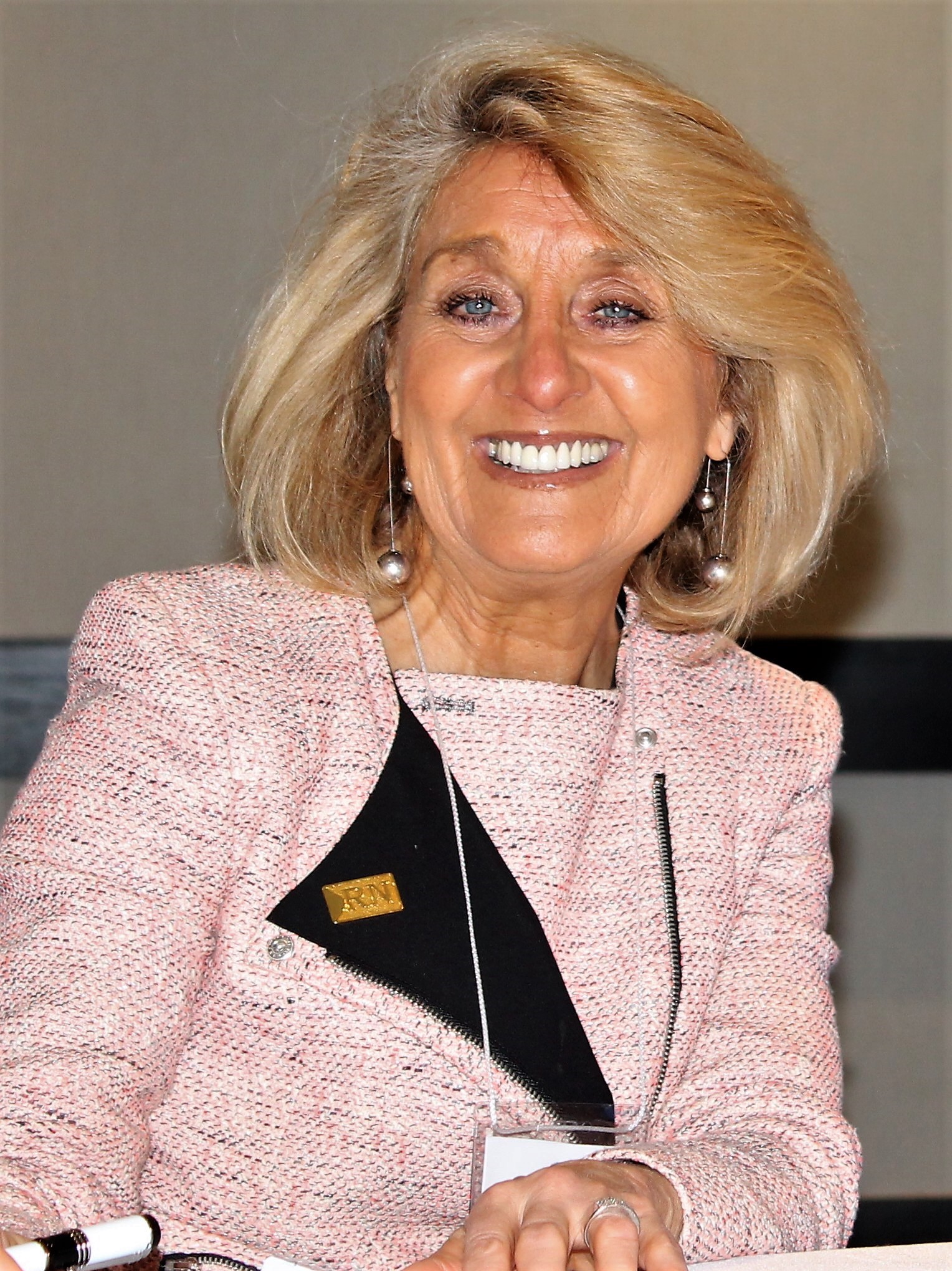 Dr. Irmajean Bajnok is an international health care consultant specializing in change management, leadership and implementation science. Most recently, (2007-2017), she was the Director of RNAO's International Affairs and Best Practice Guidelines Centre where she led the strategic development and ongoing enhancements of the program pillars of guideline development, implementation science, and evaluation. She was successful in securing special project funding, and led and/or oversaw numerous ongoing projects including smoking cessation, mental health, first nations health, and ehealth. As part of RNAO’s Best Practice Spotlight Organization Designation, and using RNAOs evidence based approach to implementation science, she introduced and supported sustained implementation of RNAO’s evidence-based practice guidelines to academic and service settings in Australia, Belgium, Canada, China, Italy, South Africa, and West Indies. From 2000-2006, she directed RNAO’s Centre for Professional Nursing Excellence, leading the development and delivery of professional education and health care consultation services. She has also held executive positions in home care, and acute care and was founding Executive Director of a multi-pronged Canadian government funded women's health program in Pakistan. A considerable part of her career has included administrative and professorial roles in academia at Western University, University of Toronto, and Ryerson University School of Nursing where, as Director, she led the faculty in the development a basic baccalaureate degree, the first basic degree program at Ryerson. Dr. Bajnok is recognized internationally as a dynamic and engaging speaker in particular in relation to evidence based practice and education, healthy work environments, leadership and change management. 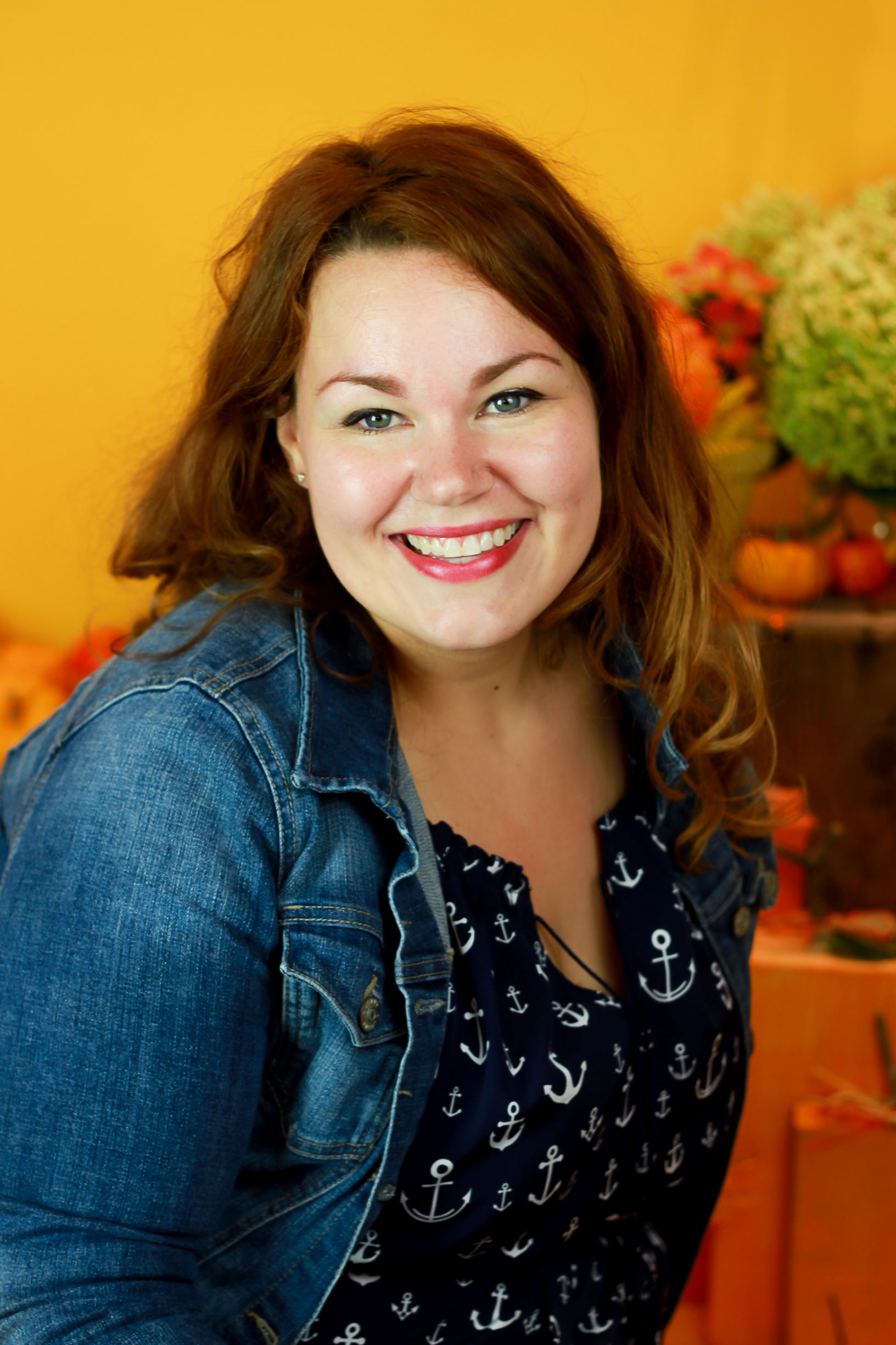 Dr Virginie Blanchette is the first podiatrist PhD in Québec and has been an associate professor in the podiatric medicine program at Université du Québec at Trois-Rivières since 2014. Her research specialty is prevention and management of diabetic foot ulcers and their complications, with a team approach within patient-oriented research (POR). She is currently a Diabetes Action Canada trainee with Charles de Mestral and France Légaré. Dr Blanchette holds a PhD in biomedical sciences from Université de Montréal, a doctorate in podiatric medicine (DPM), and a master’s degree and bachelor’s degree in medical biology from Université du Québec à Trois-Rivières (UQTR). She joined the Diabetic Foot Canada Task Force in 2019 to help to prevent, manage and address the deficit in awareness, knowledge and funding of diabetes-related foot complications, preventable amputations and loss of life or people living with diabetes in Canada. She is a member of many research networks. 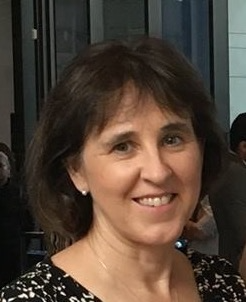 Dr. Evans is the Medical Director of the Wound Healing Clinic at Women’s College Hospital, involved in research and teaching. She also is a full-time family physician in the community. Dr. Evans is part of the faculty of the International Interprofessional Wound Care Course (IIWCC) through the University of Toronto. She is senior faculty for Wounds Canada to support the development of interprofessional education programs for clinicians as well as delivery and evaluation of these programs. Dr. Evans is now co-chair for the Diabetic Task Force for Wound Canada. 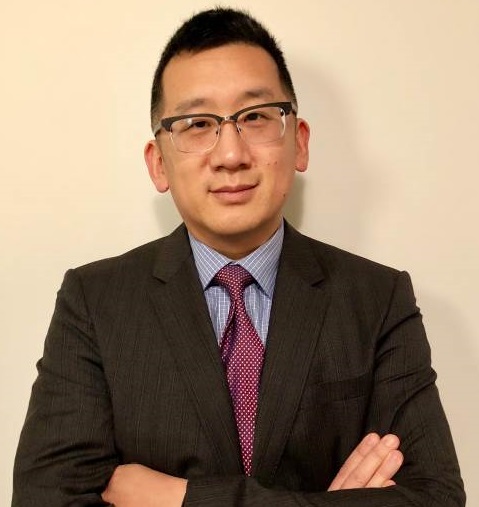 John is a general surgeon and physician lead at the Fraser Health Complex Wound Centre in British Columbia.  He has specific interests in the optimal delivery of interprofessional wound care as well as physician engagement in quality improvement. 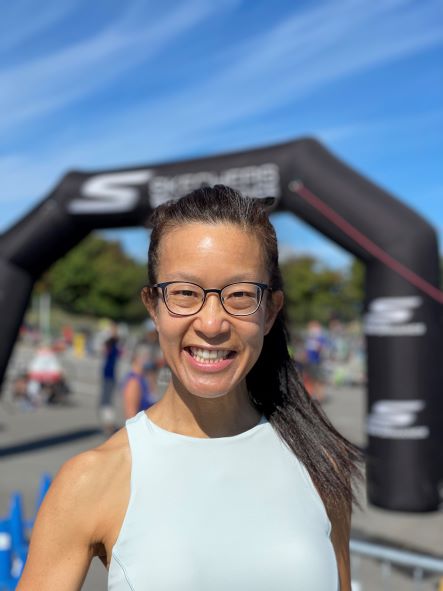 Susie is a community pharmacist, where she has applied herself as a Certified Diabetes Educator, Certified Fitter of Compression Therapy and Certified Respiratory Educator.

Nationally, Susie serves on and leads several committees: with Diabetes Canada as a chapter author of Diabetes Canada Clinical Practice Guidelines and member of the dissemination and implementation committee; and with Wounds Canada where she serves on the Board of Directors and has co-authored Wounds Canada Best Practice Recommendations. Provincially, Susie serves on a variety of committees to effect practice and health care in our communities such as the Health Quality Ontario, Diabetes Quality Standard Advisory Committee and the Ontario Immunization Advisory Committee.

Susie is the 2020 Charles H. Best Award recipient, given to a health-care professional who has made a significant difference across Canada towards improving the quality of life of individuals living with diabetes, and was awarded the 2021 Diabetes Canada Educator of the Year. 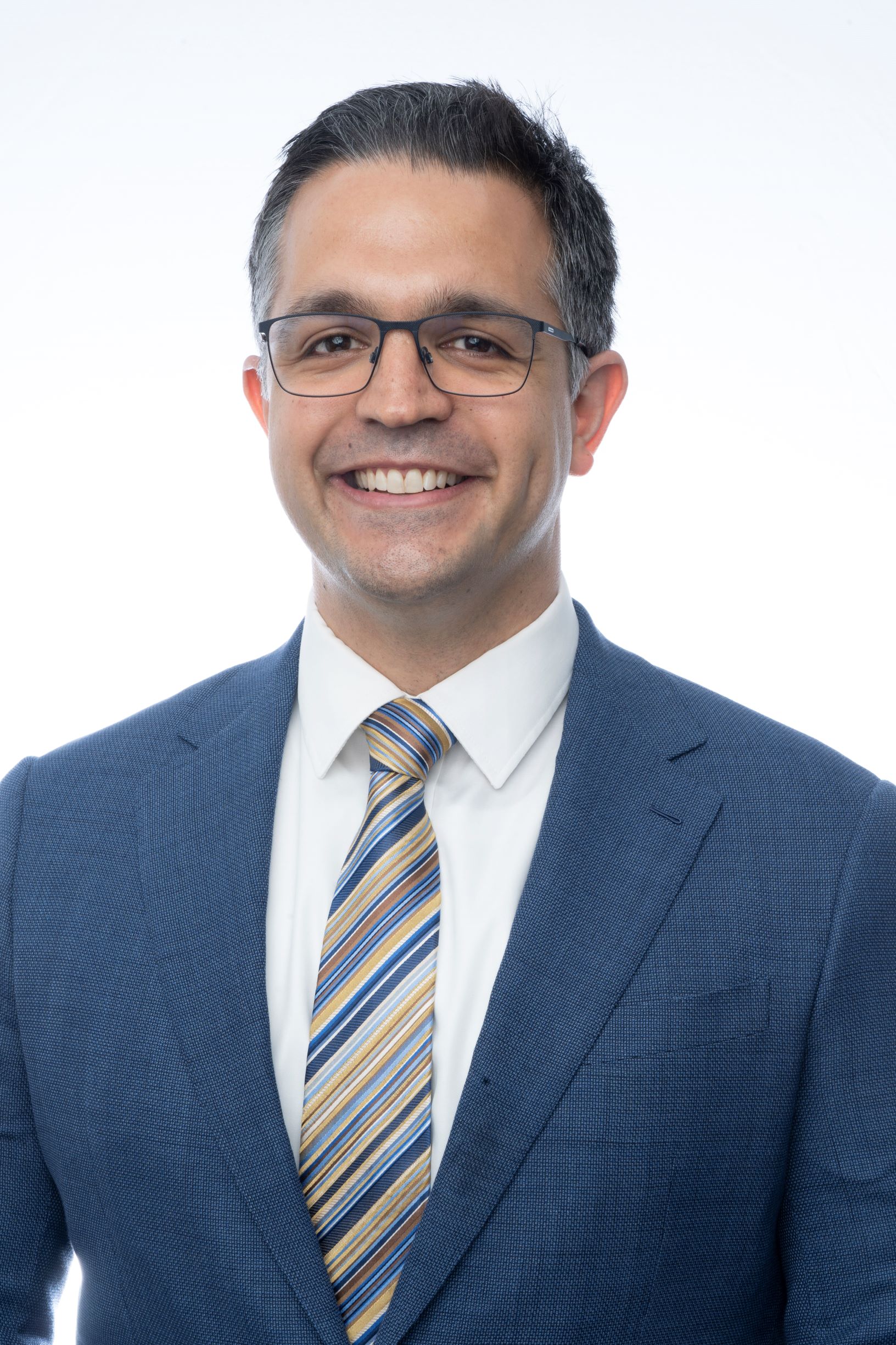 Dr. Kayssi is a vascular surgeon at Sunnybrook Health Sciences Centre and a wound care physician at Women’s College Hospital. He obtained his medical degree from Queen’s University in Kingston, Ontario, before relocating to Toronto to pursue training in general and vascular surgery. He subsequently completed a fellowship in limb preservation and wound care under the supervision of Dr. Richard Neville in Fairfax, Virginia. Dr. Kayssi is a graduate of the Harvard School of Public Health, where he obtained a Master of Public Health focusing on quantitative methods and is currently pursuing a Doctorate of Public Health in Health Policy and Management from the Johns Hopkins School of Public Health. 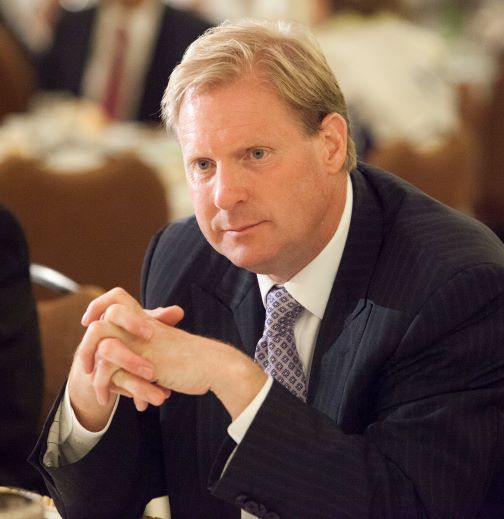 With over 30 years experience in public policy, advocacy and management, Marc Kealey is a leading voice for transformation in health care — most notably in prescription drug reform, governance and hospital management. He is the chief advocate at K&A Inc., a public policy and management consultancy with clients in Canada and abroad. He works closely with Indigenous communities throughout North America and sits on the boards of many private and public entities.

Prior to founding K&A in 2007, Kealey was CEO of the Ontario Pharmacists’ Association—the largest professional organization serving the interests of pharmacists. Prior to his role at OPA, Mr. Kealey served as general manager at AECL and prior to that spent 10 years as a hospital administrator in the GTA.

He began his career in 1984 as an assistant to prime minister John Turner and spent 6 years on Parliament Hill from 1984 to 1990. He is a graduate of the University of Waterloo and Kent State University with degrees in public policy. 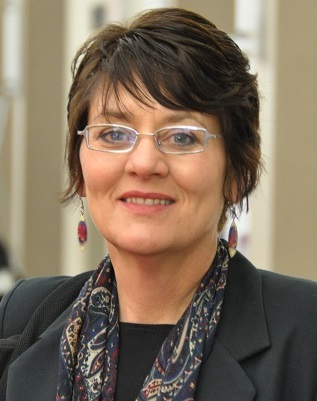 Janet L. Kuhnke is a RN nurse specialist in ostomy, wound and continence (NSWOC) and an Assistant Professor of Baccalaureate Nursing at Cape Breton University. She works in acute care and has worked on Vancouver Island for 20+ years in acute care, long-term care and home and community care programs as a Clinical Nurse Educator and NSWOC. She worked in partnership with families from Cowichan Tribes and Shellbeach and Kullet Bay near Ladysmith and Chemainus, BC.
Janet is passionate about empowering front line clinicians, nurses, practitioners and personal support workers to safely deliver client-centred care following best practices. She has completed a Masters of Science in Systems and a Doctorate in Psychology. In partnership with individuals and communities, she is focused on quality of life and mental health and wellness of patients living with chronic wounds and diabetic foot ulcers. Please reach Janet at This email address is being protected from spambots. You need JavaScript enabled to view it. or 1 902 563 1209. 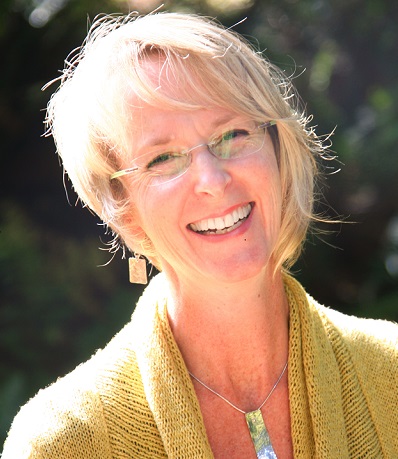 Ellen is a registered dietitian with a wide range of nutrition interests including diabetes management, wound care, heart health, weight management, enteral nutrition and eating disorders. She is registered with the College of Dietitians of British Columbia, Dietitians of Canada and is a professional member of the Diabetes Canada and Wounds Canada. She is a member of Wounds Canada's Board of Directors. She holds a clinical instructor position with the Land & Food Systems Faculty at UBC. Ellen received her Bachelor of Science in Dietetics and her Masters in Human Nutrition from UBC. She works in Diabetes Education with North Shore Chronic Disease Services at Vancouver Coastal Health, where she collaborates with clients to attain their nutrition and health goals. 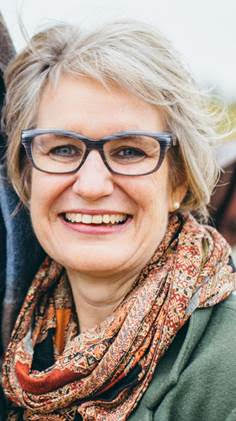 Jane is an occupational therapist and the Education and research coordinator-wound care for the Winnipeg Regional Health Authority. Originally from Dublin, Ireland, Jane was educated at the College of Occupational Therapy, now Trinity College, and at the University of Manitoba, completing IIWCC in 2017.
She is responsible for administration and teaching of wound care courses, and development of best practice in wound care. Jane is the co-chair or the Skin and Wound Care Practice Committee and has a tremendous team of wound care specialists to call on to assist with wound consultations and clinician networking. Jane has participated in medical missions to Haiti and is a volunteer puppy raiser for the Canadian National Institute for the Blind.

Linda Moss is a patient advocate for pressure injury prevention representing her family, who lost their dad Bob Wilson in 2019. Unfortunately, the family never knew a pressure injury was festering under the sheets while her father was in hospital until it was too late. The family’s story made national news, and since then Linda has been active in raising awareness about the danger of pressure injuries and what caregivers can do to help prevent them. She is seeking to make the path a little smoother for other families so they can avoid what her own family experienced. Linda says, “With every tragedy there is always a lesson learned and teachable positive movement forward for change.” She believes care teams and caregivers are “essential together,” and the first step in any prevention or further complications is a collaborated and communicated care plan. She has been partnering with organizations that understand and support her family’s cause so preventative change can happen. Her goal is to foster a conversation and raise awareness among caregivers, medical staff, leadership and policy makers to discuss wound care and patient safety standards in Canada. 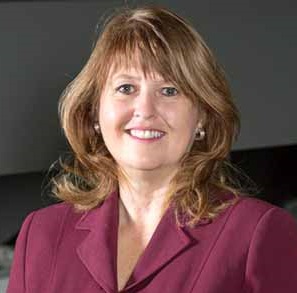 Petra O’Connell is a health consultant and the past Senior Provincial Director of the Diabetes, Obesity and Nutrition - Strategic Clinical Network. She was responsible for developing diverse clinical and research network and for overseeing the design, evaluation and spread of initiatives that transform the delivery of health-care services in these three interconnected clinical streams across Alberta. Three province-wide initiatives involve the development of a diabetic foot care pathway for use in primary care.
Petra has extensive experience in strategic and operational planning and evaluation across health care settings and has held senior management positions in strategic and hospital facilities planning, hospital support services operations and ambulatory care management.  She has a BSC in Medical Laboratory Sciences and a master's in Health Services Administration from the University of Alberta and has published in the areas of health technology assessment, clinical practice guidelines, and innovations in health care organization. 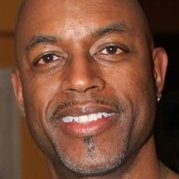 Andrew Springer has been a practicing chiropodist since 1983. He has practiced in a variety of public and private practice settings. During his career he has been active in a number of professional activities requiring leadership, vision, integrity and compassion, including serving as President of the Ontario Society of Chiropodists and the College of Chiropodists of Ontario and in several capacities - clinical, management and administrative - at North York General Hospital, West Park Healthcare and Providence Healthcare. Andrew is also a member of the Ontario Diabetes Foot Care Task Force and consultant to the Indigenous Diabetes Health Circle. In 2010, Andrew received the recognition of “Outstanding Dedication and Service to the Advancement of the Profession” Ontario Society of Chiropodists.